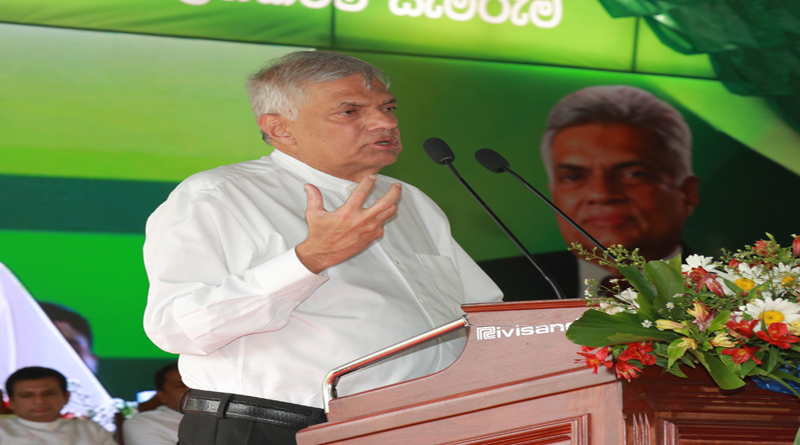 President Ranil Wickramasinghe invites all parties to join hands to make Sri Lanka a debt free country by 2048. He says that several new laws will be introduced to rebuild the country. He was addressing the gathering during the United National Party’s 76th anniversary celebrations at the Sugathadasa Stadium in Colombo yesterday. The UNP leader said that in the most difficult of times, everyone placed their faith in the United National Party. The President said that country’s youth despise the current politics and that the opposition is restricted to just criticism. He said “People expect modern politics.”
The President stated that the government has presented the 22nd Amendment to the Constitution to the parliament and that they will proceed to get it passed. He stated that the special presidential commission and the power to pass unconstitutional laws need to be done away with.
The President also said that a new law will be introduced to replace the Prevention of Terrorism Act and that a truth commission will be established. A bill on gender equality, law to provide government flats, a law to grant freehold deeds to lands, the legislating of the youth parliament are all expected to be carried out. 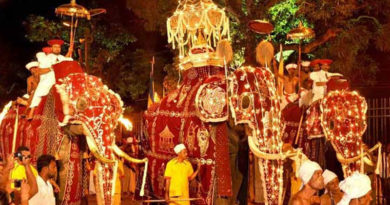 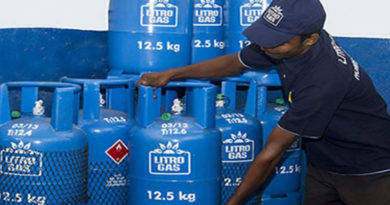 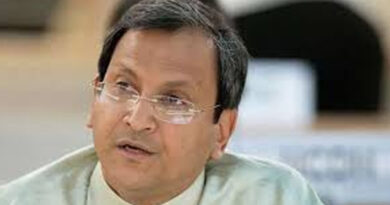 Ambassador Ravinatha Aryasinha has commended the services rendered by the Maha Sanga living in the USA and in other countries.